Share a memory
Obituary & Services
Tribute Wall
Read more about the life story of Betty and share your memory.

Betty Sheila (Shields) McNutt (aka Seager, Hollingshead, Hollenshead) fell asleep on Earth and awoke in Heaven on Sunday, January 15, 2023. Per her wishes, no service will be held.

Betty was born in Coraopolis, PA on October 15, 1924, to Albert W. and Jennie M. (Fox) Shields. Her early childhood was spent in Coraopolis and Slippery Rock, PA.  As a teenager, she moved to Leetonia, Ohio. She graduated high school there in 1942, having served as a Drum Majorette in the band and attending Mechanical Arts classes. She was also active in choir, Glee Club, and Drama. Following high school she worked in several community businesses, including a pretzel factory and as a telephone operator. Shortly after graduation, she moved to Conneaut, OH area to be near her dad.

Throughout her adult life, Betty succeeded in many ventures. She sewed clothing for herself, her children, and grandchildren well into her 80s, continuing until she could no longer hold a needle. She worked as hostess, waitress, and cook of the restaurant in the first Ramada Inn of Conneaut, OH. Betty learned how to make intricate wedding cakes and became a Wedding Planner before there was such a thing! Betty worked with hundreds of brides as they selected their invitations, venues and table favors.  She made beautiful, multi-tiered wedding cakes featuring fountains and miniature groomsmen and bridesmaids in dresses that matched the wedding party.

One of her happiest times in life was when she reconnected with her high school sweetheart, Joseph Hollenshead. They were married on June 9, 1977 and were together nearly 25 years before Joe passed away. Betty & Joe taught themselves various hand crafts and became vendors at several large craft fairs, including Dollywood in Pigeon Forge, TN.  Always strong-willed, Betty succeeded in almost every venture she set her mind to. She made and sold hundreds of scarves to many of the local schools’ clubs and PTAs to sell as fund raisers.

The family would like to thank the staff at Sunset Home in Clifton, TX for their wonderful care of Betty during her 15-month stay there.

To send flowers to the family or plant a tree in memory of Betty McNutt, please visit our floral store. 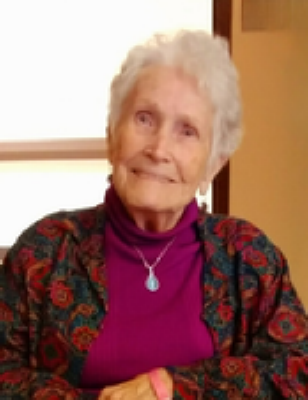 Family and friends are coming together online to create a special keepsake. Every memory left on the online obituary will be automatically included in the book.

You can still show your support by sending flowers directly to the family, or by planting a memorial tree in the memory of Betty McNutt
SHARE OBITUARY
© 2023 Clifton Funeral Home. All Rights Reserved. Funeral Home website by CFS & TA | Terms of Use | Privacy Policy | Accessibility